In celebration of our 20th wedding anniversary, Monica and I decided to head to New York City for Memorial Day weekend. Let’s do some sight-seeing! Let’s see a show!

OK, let’s go. We stayed at the Hampton on 8th Ave. between 51st and 52nd streets and hopped a sight-seeing bus a few blocks away. 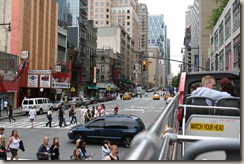 Yes, there are millions of people. Yes, there are lots of crazy cabbies. One of the things I didn’t properly appreciate the first time I visited was the classic architecture of many of the buildings. Here are a few shots we saw on our tour. 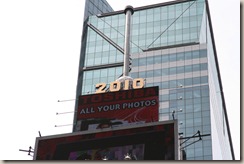 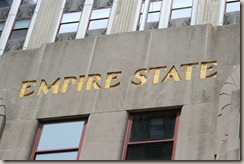 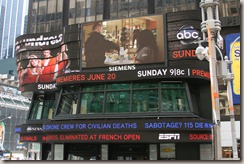 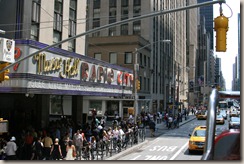 We elected to get off the bus at Battery Park (south tip of Manhattan) and try to catch a glimpse of the Statue of Liberty. Sure enough, it’s still there. So is Ellis Island (immediately below). The bottom photo shows both Liberty Island (left) and Ellis Island (right).

After walking past the Staten Island ferry dock and the South Street pier, we hopped back on the bus to finish the tour. Past the UN, Trump tower, and back up to Central Park. 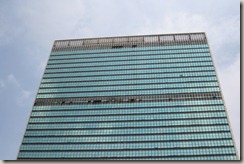 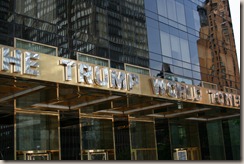 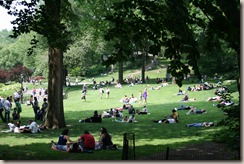 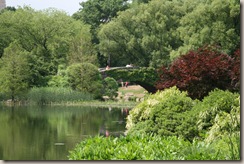 From there, we wandered through the street vendors and back to our hotel.

Other highlights of the trip included visiting the High Line (pictures here), attending the Broadway musical Wicked (outstanding!), heading over to the Intrepid aircraft carrier, and popping into Grand Central Station for a quick peek.

Lots to see, lots to do. Luckily, the weather cooperated and we were able to walk to most sights. We did take the subway (just to say we did), taxis (good for when your feet need a break), and the tour bus as various modes of transportation. There are also bike rentals, carriage rides, and bike taxis if you crave something different.

Two thumbs way up for the trip in its entirety. Would highly recommend everyone visit at least once in your life. Certainly a sight to see.